When I was 28 and only a few years into my transition, a gay friend I super respect took me out dancing in the Castro when I was in San Francisco for work.

I was passing reasonably well at this point, but I was still very anxious about my identity as a woman and SUPER sensitive to people who might misgender me. I had never been out to gay clubs before presenting as female.

My friend took me around and we danced and had a great time, and at one point he told me about how hard coming out had been for him. His family was Indian and pretty conservative, but by now he was 100% out about who he was and comfortable with his identity. He had been the only one of my coworkers I felt comfortable coming out to about my identity at that point in time.

I told him that I admired his courage in being authentic in who he was and also thanked him for being openly supportive of trans people, and I said that I didn't know that I'd ever feel strong enough to be open about who I was in the way that he was.

He listened solemnly and nodded, noting that it was okay that I didn't feel strong enough or safe enough right then to do that. But he also noted that one day when I did feel strong enough, I needed to stand up for myself, because it wasn't fair to let others stand up and fight my battles for me.

This sounds harsh in some ways, but also it was something I thought about a lot in the years that followed. What he gave me that night was a gift--a blessing and some advice to claim my personal power, when I felt I was ready. It was also a gentle reminder that your allies aren't your soldiers.

Allies can model strength and provide support and protection until we can find ways to become secure enough in ourselves to claim that personal power. But it's not fair to ask more of them than they're willing to give freely or expect them to act consistently in ways that make us happy. Nor should we expect anyone to validate us in what we believe. It's nourishing when they do, but it's a gift rather than an obligation to be extracted.

You have to learn to be secure enough in who you are to stand up for yourself. Anyone standing beside you is a bonus. And it is TREMENDOUSLY powerful to be able to stand up and say, "This is who I am, and I'm not threatened if you don't agree with me or don't like me." Then you go on to live your best life without giving people who don't like you more thought or power than they deserve.

There will always be people in your life who don't respect you and don't like you, whether they say it or not, for any number of reasons. You can't stop this or prevent it. It's a fact of life.

When you're able to claim your space, you realize that it doesn't matter. You don't have to like them either, and your opinion is just as valid as theirs, and the best thing you can possibly do is go be an awesome human and have an awesome life and surround yourself with people who love and respect you.

There's a reason we say "don't feed the trolls," and it's that acknowledging ideological crusades rooted in fear and hatred just feeds into self-reinforcing narratives on both sides that heighten fear and hatred. Living a whole and happy life, secure in the knowledge that you're a good person and that you can genuinely feel the words, "I am good and valid and don't need anyone's permission or support to feel this way," is exactly what the people attacking your identity don't want you to do.

But you have to be secure in who you are and strong enough to weather disapproval, because it's there whether you see it or not. If you spend your time looking for fights, you'll find them in spades. You can certainly choose to do this, but personally I've found it to be exhausting and not a great use of my time.

I also believe that by modeling quiet strength and autonomy I make my values clear. I am not threatened by people thinking awful things about me, and I've dealt with it (both overtly and implicitly) a lot in the decade since transition.

By ignoring it and building a happy life for myself, I feel that I'm demonstrating that their words don't have power over me. And by engaging when I feel like it and have something to say in a kind and non-confrontational way, you can bet that I come out looking a lot more mature and kind than anyone trying to sow seeds of fear and hatred. Frankly, I think I can do a lot more from this position of strength, real strength, than anyone who spends time attacking someone to make themselves feel better about living in a world they don't like.

Trans people are people and you don't need anyone to say this for it to be true.

People respect strength. Real strength is quiet and self-assured. There's no need for noisy posturing, because it doesn't matter. People notice who's really strong and who's defensive, hurt, hateful, or frightened. Responding to someone stepping into your space and making your boundaries clear about how you'll tolerate being treated is the best thing you can do.

Saying "You're wrong and I know who I am--I'm a good person," to someone saying awful things TO YOU is incredibly powerful. And ignoring them when they want to go grumble in the corner with their awful friends while leaving space for them to change their mind by watching your actions is also incredibly powerful.

Finding your place in the world and quietly standing your ground is the most affirming and best thing you can do for yourself. You can't control what people say or think, so you may as well ignore it and take the high road of making it not worth your attention or energy.

Good, positive people who are not mired in fear and hate will respond to this and your life will be better for it. You're a good person, not because I say so, but because you KNOW this and model it with your actions.

Claim your space. Stand your ground. Build a life that makes you happy. Let the haters hate.

There's beauty all around you. Don't let others drag you away from that. 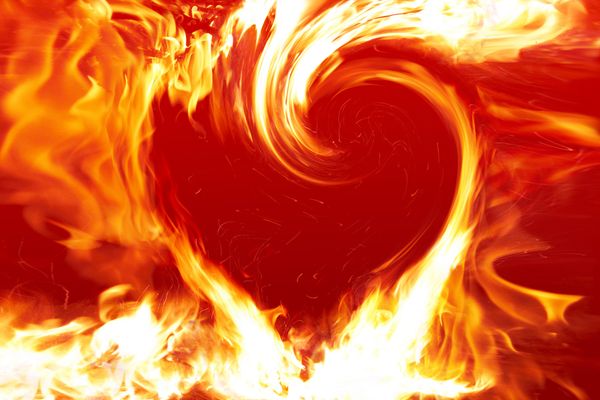